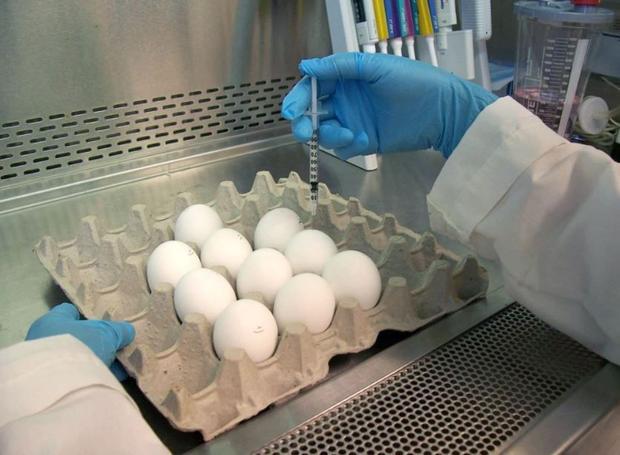 There are three types of influenza viruses affect people, called Type A, Type B and Type C, leading to the complication of ‘flu’. The virus is typically spread through the air from coughs or sneezes. While there are good practices that people can adopt to lower the risks of contracting flu, it is recommended by health authorities that people become vaccinated by the ‘flu shot’. Influenza vaccines cause antibodies to develop in the body about two weeks after vaccination. These antibodies provide protection against infection with the viruses that are in the vaccine.

The idea behind an annual flu shot is based on a prediction of what will be the most common types of influenza viruses in a particular country or region during the flu season. This is based on epidemological information and computer modeling. To cover all of the basis, often a trivalent vaccine is used (one designed to be effective against three flu viruses, such as an influenza A (H1N1) virus, an influenza A (H3N2) virus, and an influenza B virus. Sometimes biologists get this wrong and the flu jab doesn’t cover the main flu viruses prevalent for a given year (1).

The second reason for an annual shot is that each strain of the influenza virus mutates, meaning that a shot given for one form of the virus one season will probably no longer be effective the following season. A scientific race of discovery is underway to develop the first ‘universal’ flu shot. The premise is that some people can naturally combat different subtypes of the flu virus. Such people can develop powerful antibodies that target a site on the influenza virus that does not mutate rapidly, meaning they can resist a strain of the virus year after year (2).

As things standard, an annual flu shot remains the norm. Designing the vaccine is complicated and this requires international collaboration, requiring a data review and working with other scientists around the world.

To discover more about this important health topic, Pharmig’s Tim Sandle spoke with Dr. Richard Webby, Ph.D., member of the Infectious Disease Department at St. Jude Children’s Research Hospital and Director, World Health Organization Collaborating Centre for Studies on the Ecology of Influenza in Animals and Birds (3). Dr. Webby is involved with assessing the requirements for the vaccine development each year.

Image: An FDA laboratory worker injects an influenza virus into an egg, where it will grow before being harvested—one of the many complex steps involved in creating a traditional flu vaccine. Source: U.S. Food and Drug Administration

Tim Sandle: What do you predict for this coming influenza season?

Dr. Richard Webby: Unfortunately, flu seasons are difficult – if not impossible – to predict. The season just passed in the Southern Hemisphere was a mixed bag, with Australia having a particularly bad season, but other countries seeing typical levels of activity. Having said that, while monitoring the Southern Hemisphere season helps us predict which viruses we might see in the Northern Hemisphere, it doesn’t necessarily help us predict virus activity itself.

Sandle: Many people confuse the ‘common cold’ with ‘flu’. Please can you summarize the key differences?

Dr. Webby: The common cold and influenza are caused by different viruses with influenza having the greatest disease impact. In terms of symptoms, the main differences are that influenza virus infection more typically leads to cough, chills and muscle aches, often with rapid onset.

Sandle: What is the process involved in selecting a flu vaccine for a forthcoming season? Do you work with WHO?

Dr. Webby: The World Health Organization (WHO) has a network of more than 140 laboratories that collect and characterize influenza viruses over their respective influenza seasons. In February, for the upcoming Northern Hemisphere season, and in September, for the upcoming Southern Hemisphere season, a small number of these laboratories, including representatives from the six WHO influenza Collaborating Centres (CC), meets to analyze the information collected and select the components of the upcoming vaccine.

Unfortunately, due to the time necessary to produce and distribute the vaccine, these decisions are made some six months before the vaccine is to be used. So in essence, the decision is a prediction, but a prediction based on substantial data of which influenza viruses are most likely to circulate in the coming season. I am Director of the WHO CC at St. Jude Children’s Research Hospital in Memphis.

Sandle: Does this process differ year-by-year?

Dr. Webby: While the data being analyzed changes constantly and newer technologies are introduced to help analyze the data and improve predictions, the basic process does not change year to year.

Sandle: How easy is it to work with pharmaceutical companies for the vaccine development process?

Dr. Webby: The influenza vaccine is unique as it essentially needs to be changed regularly and produced to a very strict timeline. As such, and as suggested by your question, ensuring that this works requires collaboration between many sectors, including manufacturers.

The selection of vaccine components itself is conducted independently of the vaccine manufacturers. Subsequent to the selection, however, WHO coordinates the transfer of reagents and information to and from manufacturers to ensure vaccine is available in a timely manner. 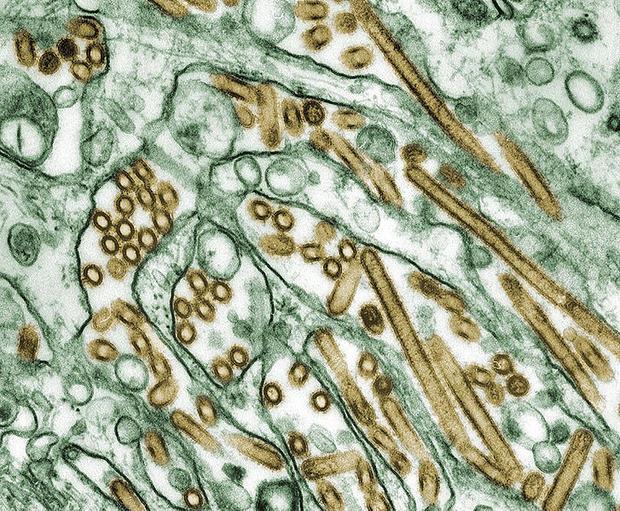 Sandle: Where is the epidemiological data drawn from?

Dr. Webby: The data used for selection is drawn from the WHOs Global Influenza Surveillance and Response System which includes the 140-odd national influenza centres across the globe, six WHO CCs, and Essential Regulatory Laboratories (such as U.S. FDA).

Sandle: Do you use computer modelling to assess the data? If so, which types of platforms are used?

Dr. Webby: An array of computer modelling, and data-visualization programs are utilized for analysis of sequence and antigenic information. More recently, predictive modelling approaches are being explored to help guide the process of vaccine selection.

Sandle: Are vaccines typically for more than one type of flu virus?

Sandle: How effective would you say a flu vaccine is ahead of someone being infected with a targeted virus?

Dr. Webby: There are many factors that go into the effectiveness of a vaccine: the immunity of the individual, his or her age, and how well the influenza vaccine matches up with the circulating viruses. Unfortunately, in some age groups, such as the elderly, and in years where there is a vaccine-to-virus mismatch, the vaccine’s effectiveness can drop markedly.

There’s a good deal of research going on to understanding exactly why this is the case, and how vaccines can be changed to overcome these deficiencies.

Sandle: What are the risks of a different flu virus emerging other than the types produced for this year’s vaccine?

Dr. Webby: There are two different scenarios for how that might happen. The most common is when the circulating viruses change between the time the vaccine antigens are selected and the vaccine is actually used.

Such occurrences have been documented a small number of times over the past couple of decades. The second scenario occurs when a totally new virus transmits from the animal reservoir and a pandemic starts. This occurs 2-3 times per century.

Sandle: Other than vaccines, what else can families do to protect themselves from the flu virus? How effective is hand sanitization?

Dr. Webby: The basic principles that we all learned from grandma can help limit the spread of the virus: hand washing, which can prevent transmission from contaminated surfaces, covering your mouth when you cough, and staying at home when you’re not feeling well.

Sandle: How is the influenza vaccine likely to develop in the future?

Dr. Webby: In the longer term, it’s likely that we will change what parts of the virus we vaccinate against. The part we target now is the most protective, but is also the part most likely to change. It is hoped that by targeting a different part of the virus that doesn’t change as frequently, that we will won’t need to update the vaccine as often.

Sandle: Are there any obstacles towards developing a more effective flu vaccine?

Dr. Webby: Unfortunately, there are many. We still don’t completely understand what type of immunity works the best against the virus. Many of the more conserved virus structures we’d like to target are the hardest to induce immunity against, so it will take a lot of work to improve this aspect.

Sandle: What are your other research interests?

This is an example of the content that Pharmig Members have access to – if you would like more information on becoming a Pharmig Member please contact the Pharmig office on Tel: +44 (0) 1920 871 999 or email: info@pharmig.org.uk