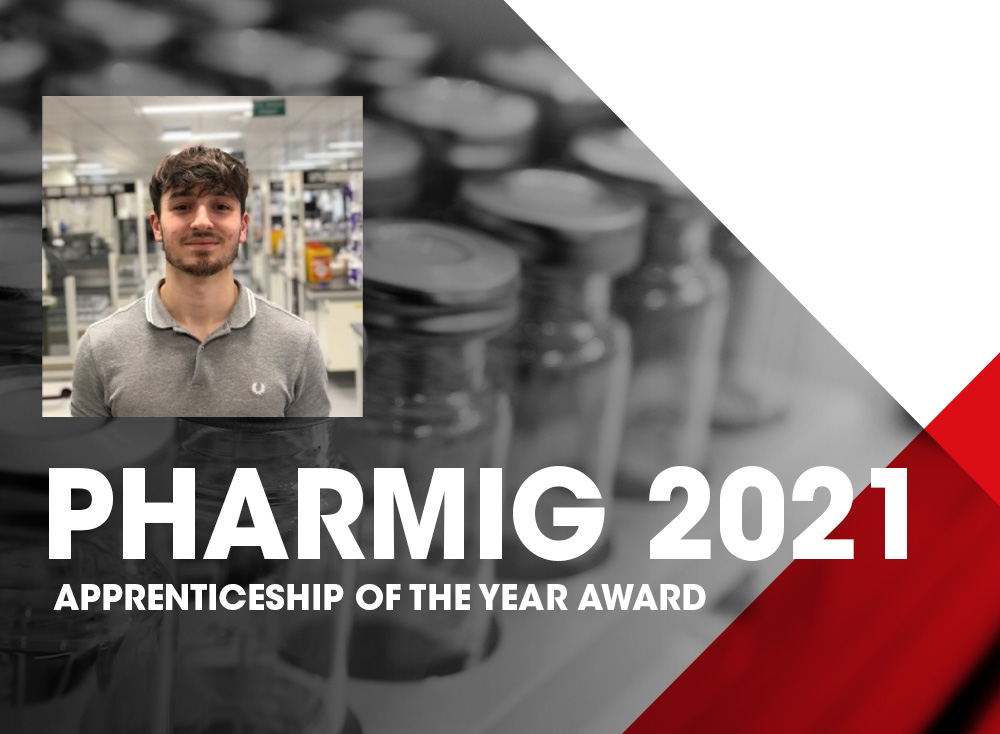 The Modern Apprenticeship Service combines practical training in work with study, leading to industry recognised qualifications up to degree level. Working as an apprentice gives people the chance to earn a real wage, while being trained in the skills that employers want. Employers also benefit from the arrangement, as depending on the size of the company they can get government support for up to 95% of the cost of training

Pharmig launched its annual ‘Microbiology Apprentice of the Year’ award in 2020 in order to recognise the contribution made by apprentices to our industries and to encourage more companies to employ them.  This year the award has gone to Ben Pickard at AstraZeneca.

Ben was nominated by his colleagues who felt he demonstrated the following qualities:

Ben asks many questions and has learnt a significant amount of microbiology in 3 years from his peers around him.  He has brought his technology skills to the team building electronic processes to manage samples and new pieces of equipment. During the pandemic, resources were limited due to isolation of staff so Ben offered his services as a validated testing technician to go into the QC team to support testing and release whilst also managing his work in development.

Ben was the first apprentice to be recruited into the Pharmaceutical Technology and Development (PT&D) Microbiology Team.  He completed a 12-month secondment to the QC Microbiology Product Testing Team where he became trained & validated in all basic microbiology product testing techniques for sterile and non-sterile formulations.  Initially the plan was to use Ben for sample management and to shadow senior scientists but it soon became clear that he had the capability to perform the responsible microbiologist role for several development projects and paediatric formulations in his final year.

Ben has far exceeded our expectations for our first apprentice.  Some of his achievements are as follows;

Ben started with no experience in Pharmaceutical Microbiology after completing his A Levels.  In 3 years, he has progressed from Lab apprentice, to the PT&D responsible microbiologist and recently secured a permanent role as an associate scientist.  Ben hopes to take the OWBA instrument further and continue to share his data and experience; a true credit to Pharmig and deserving Apprentice of the Year.

Nominations for Apprentice of the Year next year will re-open in January 2022. If you already have someone in mind, get in touch with Pharmig who will send you additional information and a nomination form – info@pharmig.org.uk